Thinking of having a go at tennis? Don't know which racket suits a beginner? Here's my take on the rackets that provides the most bang for the buck for newbies.

My definition of racket with the most bang for the buck is one which will be able to last you throught your playing career. Most rackets categorize or designed for newbies have a few things in common; they are light, have a big headsize, powerful and the weight of the racket is on the head (head-heavy).

The problem with a light racket is that it does not provide the stability needed against hard hitting players. A light weight and head-heavy racket spells bad news. Most tennis elbows is caused by these kind of rackets.

The good thing about racket with big headsize is that it's very newbie friendly. With the increase in hitting area, the sweet-spot is bigger therefore giving you more margin for error and has inherently more power as well.

Before you splurge your hard earn cash,  there is a few things that are good to know. Racket nowadays comes in 3 different head-size; namely the mid, midplus and the oversize. Avoid the Mid-size rackets. No matter how much you want emulate the great Roger, don't ever get his signature weapon of choice. It's one of the toughest racket to handle, even for seasoned veterans.

Now, on to my preferred racquet list. All of the racket listed are a generation or two behind the latest rackets. IMHO, the 'older' rackets plays just as good as the newer versions, and they are a lot cheaper too. Bottomline, don't buy the hype. Although there is a new racket from Prince that i'm quite interested in!

AeroProDrive Cortex (APDC)
This was the weapon of choice for World No. 1 Rafael Nadal. This is slightly on the heavy side for a beginner to swing with but it should last you a very long while. 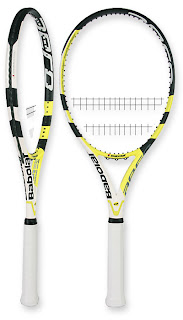 PureDrive Cortex
Roddick's racket is a variation of this. Both plays about the same, the only difference is the missing Roddick signature. Most girls on tour are using this PureDrive series as well. 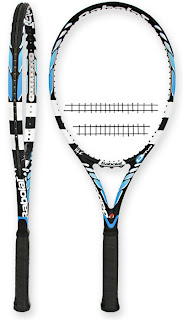 
K Factor KBlade Team
Another solid stick, the choice of WTA Tour players Venus and Serena Williams. It has a very manageable static weight of 303g, large headsize of 104sq inch; what's there not to like? 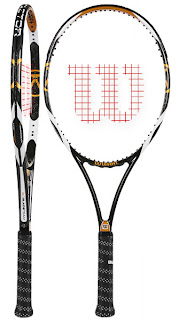 K Factor [K]obra Tour
A solid contender to Nadal's racket of choice. Both has an almost identical spec. Both has a headsize of 100sqin but this has a lower swingweight and a lighter head as well for maneuverability. I had the chance to demo this stick and boy, it's addictive! 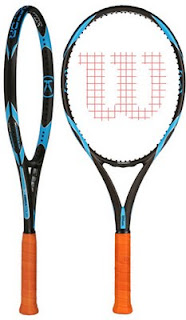